"All humans are born free and equal in dignity and rights.

They are endowed with reason and conscience and should act

towards one another in a spirit of brotherhood"

Chatting instead of fighting

What we are proposing here is a forum for people in opposition to express at a personal level their contentions, even vehemently so, if such is the nature of the dispute, while seeking a way to reach common understanding.

Certainly, the institutions of mediation and of diplomacy often achieve negotiated solutions between parties in conflict which at times are salutary. Yet grievances often persist as the solutions proposed are almost always incomplete because they do not address in a sufficiently comprehensive, inclusive, direct and personalized way the issues as well as the aspirations of the people forming our population.

Nonetheless, the personal influence of all on all decisions affecting the community, the “polis”, is the essence of democracy or of the power of the people, of all the people.

Naturally, such breeds disagreement and even confrontation.

Hence, the quest for common understanding is key for democracy to thrive and that happens at the grassroots level and through discussion/debating.

The example of Switzerland as the only nation having joined the UN after the clearance of a popular referendum is remarkable in that regard.

The process is the following:

A member wishing to open a debate posts the issue in the Network, as in classical forum. There are 5 Groups: Territory, Politics, Society, Culture, Religion.

Members then open, from their conflicting sides, the discussion, staging hence a personalized debate.

The WSNs moderate the debate in order to assist in directing it towards a solution that is mostly satisfactory to all once the matter has been “talked out”.

The solutions proposed are then placed in a special and freely accessible repository, which may serve as an invaluable resource for anyone concerned with diplomacy in all of its forms.

A parallel forum for comments from people who are not directly involved in the debates supplements the discussions. 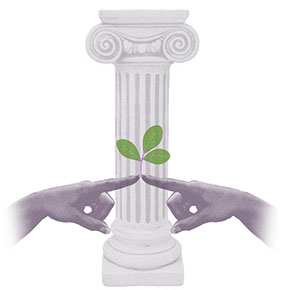